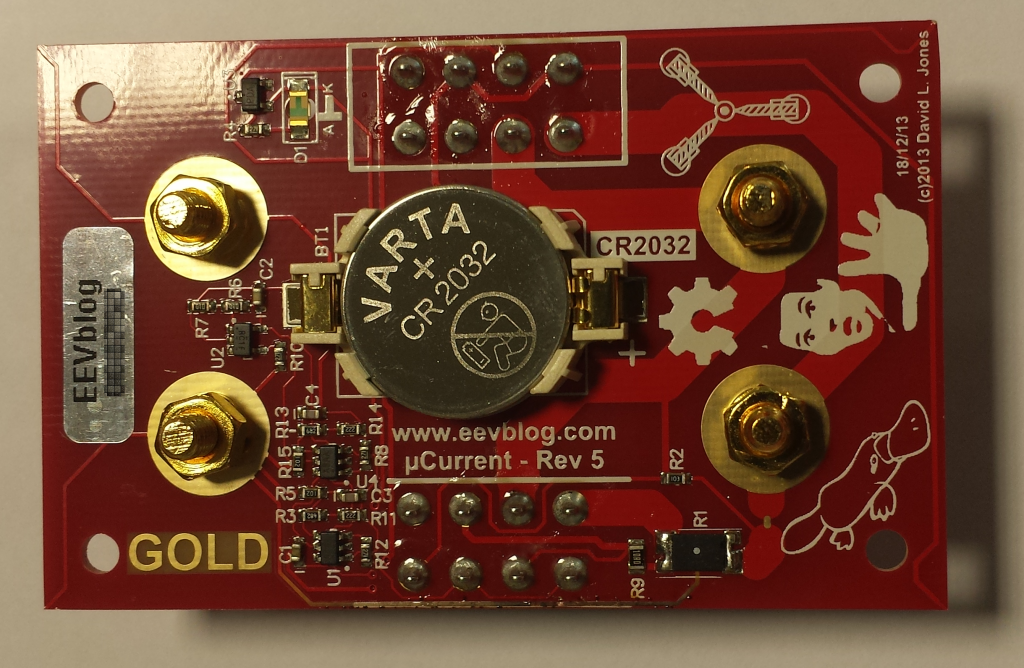 Stupid stupid stupid. The inputs and outputs of the uCurrent Gold are not isolated and both negative binding posts are connected with a tiny trace. Connecting the uCurrent Gold in series with the positive lead to the circuit board caused that tiny trace (along the bottom side of the board in the photograph above) to act as fuse. My bad, but I must say Dave left some room for improvement in revision 6. The uCurrent was recovered with a bypass operation and a big label was installed on the box as reminder of the common negative. The experiment worked a lot better with the uCurrent tinned-Gold connected in series in the negative lead from the circuit board to the power supply.